The Blues Duo was started in 2006 by Tommy Allen. Today The Blues Duo has two versions available for live performances. The back bone to the outfit is still being driven by Tommy Allen covering vocals, guitar and foot drums (yes, all at the same time). Either act is one blues locomotive, that can’t be stopped:

Is regarded as one of the leading harmonica players of his generation, playing with great feeling, tone and creativity.  His style is reminiscent of of the Chicago blues greats such as Big Walter Horton and Little Walter Jacobs.

Jon established his reputation through playing regularly with musicians including Eddie Martin and Chicago Red.  Since 2012 he has performed regularly with Pete Harris, in both his blues band and as an acoustic duo.

Is a self-taught musician. He joined his first band at the age of 17 playing keyboards and cutting his teeth on Motown, Soul and Stax music. During this time, Ray played support to many top class acts including Curtis Mayfield, Gloria Gaynor, Edwin Starr, Dave Ruffin and Geno Washington.
In his 20’s Ray’s playing evolved and he moved into the blues and jazz funk genre, playing in the UK and Europe with various bands. Ray has won Best UK Keyboard Player award from the Bronte Blues Club and a top three spot in the Blues Matters writer’s poll alongside such luminaries as Paddy Milner and Bob Hall. 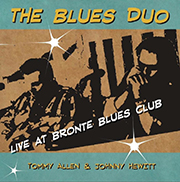 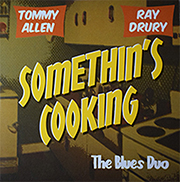 “This boy knows more about the blues than me” Jimmy Witherspoon